Burgas Municipality is the most important cultural centre in Southeastern Bulgaria with long cultural traditions in the area of music, poetry, theatre and fine arts. Burgas is considered to be the most romantic town in Bulgaria for its small streets in the centre, for the old houses and the Sea Garden. There are early 19th c. buildings preserved, existing alongside the modern architecture. 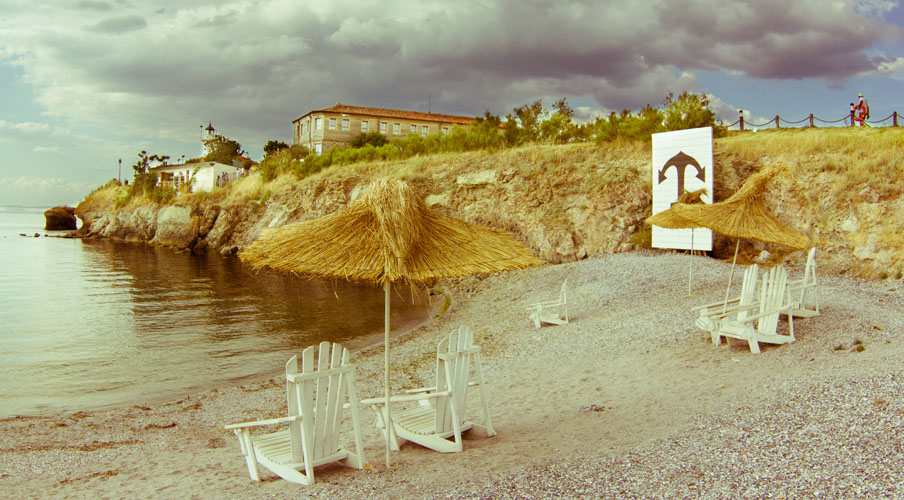 The location nearby and the favorable living conditions has always attracted people to the territories of contemporary Burg as ever since ancient times. Evidences of millennia! history of the region are presented in Archaeological and Historical museum and the traditions and lifestyle of the local population- in Ethnographical museum. The natural resources of Burgas and the region are presented in Natural history museum.

Tourist attractions, places for recreation and entertainment complete the appearance of Bu rgas. The city is the first in Bulgaria, which offers the opportunity for a boat trip to the only inhabited island in the Bulgarian Black Sea- St. Anastasia Island. The piece of land, 6 km away from the city, it is attractive not only for tourists but for locals alike. Today, we can find on the Island a restaurant with authentic seafood cuisine, a restored church dating back to 14th century, a quest house, a contemporary museum, an open stage for various cultural events and a lighthouse.

Saint Anastasia Island has an extremely interesting history- it used to be a monastery, then turned into a jailhouse and in the last few years of the past century, it was one of the most bohemian places in the area, favored by people of all arts. The Island attracts people with its unique nature either - bizarre rock formations, abundance of herbs, fig trees and one of the most beautiful views toward the Burg as Bay.

On 15 kilometers from the city center is located another naturaltreasure - Burgas mineral baths - one of the oldest mineral springs with the newest tourist complex of Burg as-"Aquae Calidae": Part of it is a modem museum which represents the millenn ia I history. In there, a 3D projection shows the ancient Thracian times and the legend of the Sacred Spring of the Three Nymphs, the Roman and Byzantine ages, the Crusades, the ruling ofSuleiman the Magnificent.

Festivals, concerts and exhibitions form a rich program of cu ltu raJ events that carry out the unique spirit of the Bu rgas. Every year the city hosts International folklore and music festivals. The Sand Sculpture Festival which is he ld in Burgas is the only one of its kind on the Balkans. Every summer, 5 acres of land in the Sea Garden, turns into a thematic town, made of sand. Sand sculptors from around the world participate in the festival - Indonesia, England, Belgium, Netherlands, Ireland, Russia, Ukraine, Bulgaria, etc.